ATLANTA’S EAST LAKE NEIGHBORHOOD has just lost possibly its oldest tree – likely one of the oldest trees in the metro-Atlanta area. A 280 year-old post oak, located in the property setback, was cut down in 2018 in the East Lake neighborhood.

Located along a boundary fence at 100 Daniel Ave, just a block and a half north of Memorial Drive, this tree was not particularly large. It was a post oak, a slow-growing long-lived species. It had a medium-sized crown and was only about 30 inches in diameter – but it was about 270-280 years old, the rings are so small they are hard to count (see header image).
This post oak had just been standing there, all this time, in soils from the old growth forest.  When this tree spouted from an acorn, there was no United States, Thomas Jefferson had not yet written the Declaration of Independence, and it’s possible he had not yet even been born. Slavery had not yet become legal in the state of Georgia, and our entire area was still owned by the Muscogee Creek Indians. Fashionable European men wore powdered wigs – that’s a long time ago.
This tree was growing well before the Revolutionary War, it was spared the axe through early settlement days, through Civil War times, it still was spared when most of the Southeast was timbered in the late 1800s, and it was spared through the early platting of the East Lake neighborhood in the 1890s. And it still stood even through the waves home-building and neighborhood growth that took place in the 1940’s, the 1970s and even early 2000s. This tree was quietly living literally for centuries, perhaps unnoticed by people walking by, riding by on horses, driving by in wagons — it still stood quietly as the streets were paved and cars became common. It watched Model T Fords, then fin Pontiacs, then hybrid Priuses roll by.
It was just another tree in the neighborhood until it was cut down about three weeks ago, when an older house was torn down and the lot subdivided and bulldozed for two much larger new houses. Post oaks can live for 500 years or more. Some species of trees commonly found in Atlanta live as long as 400 years or more: Black gum, White and Post Oaks, Sugar Maple, and Tulip Poplar just to name a few.
This story goes on in Atlanta every day. Our urban forest is very special, almost 80% of it is located on residential properties, and we’re rapidly losing it to the latest trends of redevelopment and gentrification. The travesty in this particular case was that the post oak was located in a side yard setback, along a fence, at the boundary of the property, and though the Atlanta tree ordinance states a priority to save trees located in setbacks, and to save trees “to the maximum extent feasible,” it was  approved to be be cut anyway.
But what we know from this, is that unlike other major cities, the old growth, original forest still survives here – in corners and pockets all over the metro area — in our yards, parks, and greenspaces. These elder trees, and the places where they stand, are the backbone of Atlanta’s special urban forest.
— Kathryn Kolb 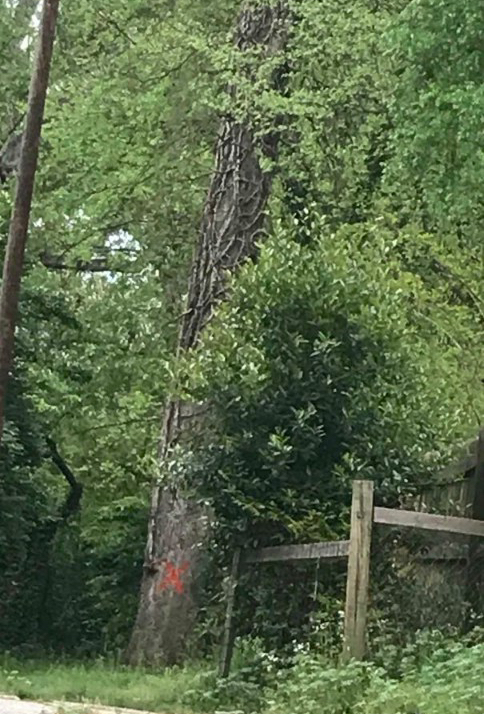 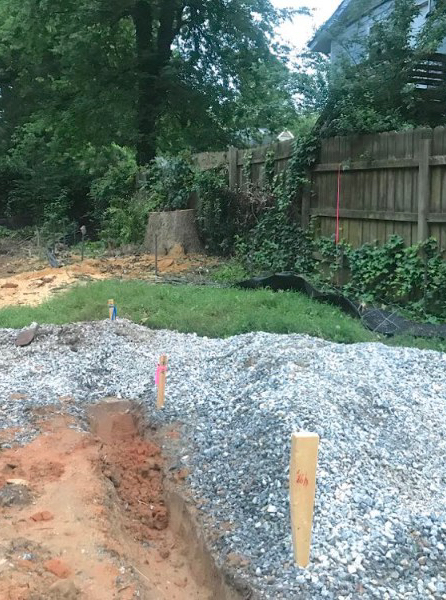